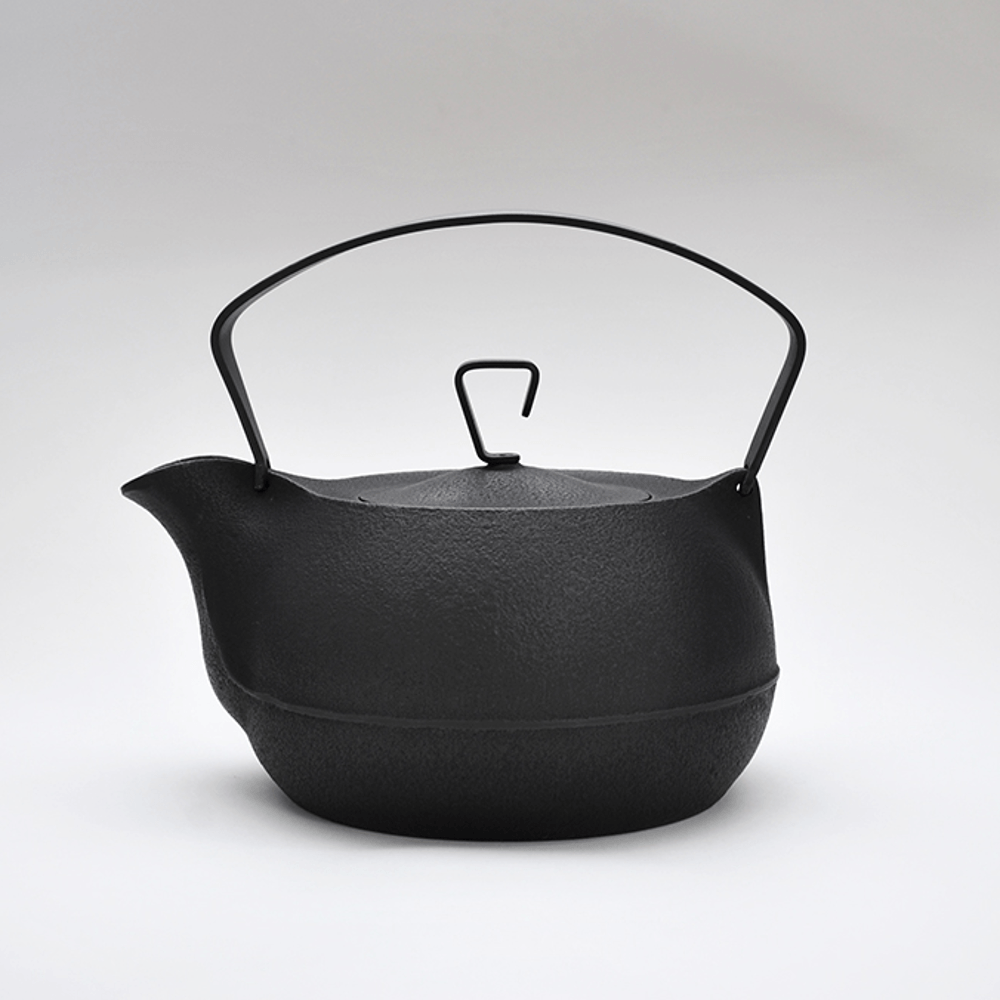 Nanbu Ironware is a brand of cast iron products with nearly 900 years of history and produced mainly in the castle town of the former Nanbu Clan.

It is said that the casting industry flourished here due to the ease of acquiring materials for molds, including iron sand and charcoal as well as good-quality sand and clay.

In 1975, it became the first nationally designated traditional craft.

*Freehand curves produce a distinctive warmth and presence that are difficult to express with a computer.

*A sand template, which will become the female die, is formed by pressing sand (silica sand) with the cast.

*The craftsman uses intuition to adjust speed and amount when pouring in the molten iron to ensure that it fills the cast uniformly.

*Firing the teapot in an electric furnace after uniformly applying glaze results in a beautiful glassy finish.

*Excess color is wiped off, and the product is finished through a process of dry-wiping and polishing.

The difference between teapots and iron kettles

*The iron content that dissolves from iron kettles is considered healthy.

*The iron kettles are durable and long-lasting, and they develop more and more character the longer they are used.

*Please be aware that the teapots do not exude iron content as they have an enamel finish.

Origin of the Rust Prevention Technique

as it was discovered that iron kettles recovered from burned storehouses never exuded a metallic taste.