【About Japan’s Next Traditional crafts】～Kutani～

■What is Kutani Ware?

Kutani-yaki (ware) is said to have originated around the year 1655, the first year of the Meireki epoch, when high quality porcelain clay was found in the Kutani area of Yamanaka-machi in Ishikawa Prefecture.

Due to the discovery, Toshiharu Maeda, the first lord of the Daishoji Clan, sent a retainer, Saijiro Goto, to Arita Village in the Bizen region to learn how to make porcelain, and he later brought this knowledge back home. The items produced during this period are called Kokutani (Old Kutani). Ever since the 17th century, Kokutani has been highly valued as one of the most dignified, bold, and luxurious styles of decorated porcelain made in Japan, along with Kakiemon, Koimari (Old Imari), and Ironabeshima (Colored Nabeshima) from Arita and Ninsei from Kyoto. The traditional beauty of Kokutani is still being passed down even now, 350 years after its origin.

Kutani ware was discovered around 1655 in Kutani, Yamanaka-cho, Ishikawa Prefecture, and the first lord of the Daishoji clan, Toshiharu Maeda, ordered his vassal, Shinjiro Goto, to train pottery techniques at Hizen Arita-go. It is said that the introduction of technology was the beginning. The pottery made at this time is called Kokutani (Old Kutani). Since the 17th century, Kokutani has been highly acclaimed as a gorgeous style of colored porcelain made in Japan, along with Kakiemon, Koimari (Old imari), Iro Nabejima and Ninsei. Even now, about 350 years after the beginning of Kokutani, its traditional beauty is still being handed down. 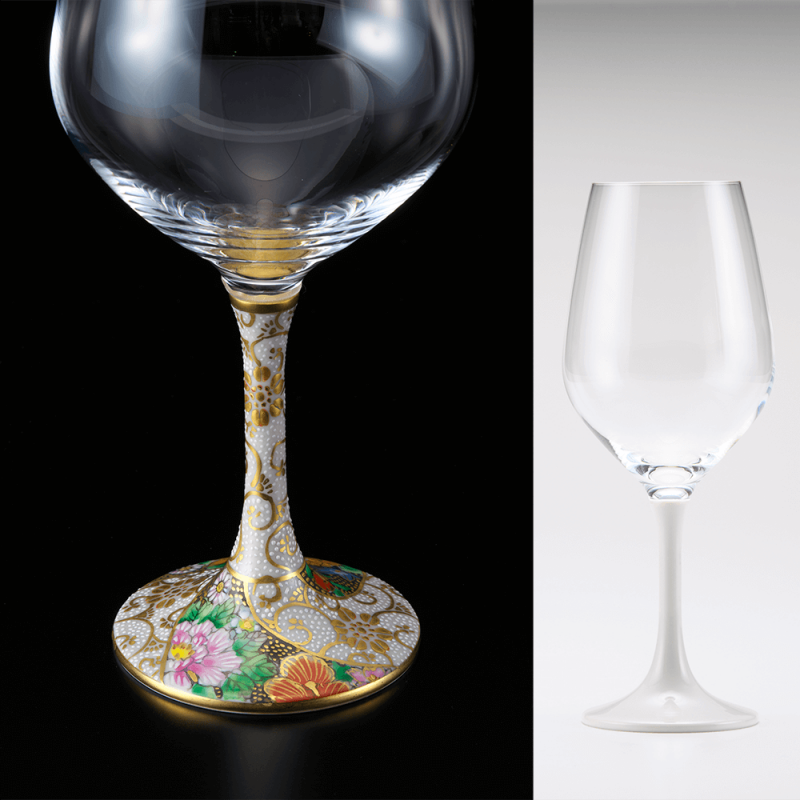 Yūrikinsai is not a painting technique, but rather a method of applying gold-leaf onto porcelain. 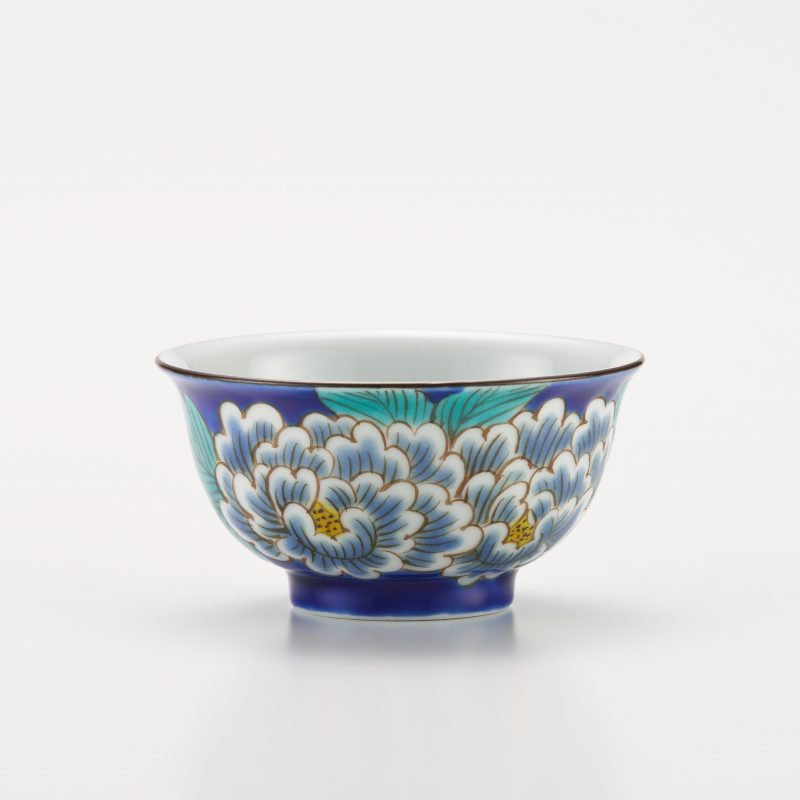 ⑥Gold leaf is carefully trimmed accordingly(※depending on  the design, upwards of 100 sheets of gold leaf are used)

⑧Gold leaf is imprinted onto the vessel using a low-heat, burnning technique

⑩Using a brush, clear glaze is diligently applied onto the entire vessel